When faced with such a  question, what would be your answer? Here's what prompted this post-

Date : A year ago
Time: 11:00 am
Venue : Office of XYZ Pvt Ltd
Event: A writing test for the post of content writer
Applicants: A room full of people, including me

The test paper intended to test my writing skills and creativity, but I guess the prospective employers wanted to know my likes and dislikes too..Most of the questions were bizarre, funny and demanded lengthy answers. But one particular question caught my attention-

Question: If you had a chance to marry one among three- either Brad Pitt, SRK or Rajinikanth, whom would you choose and why?

Well, what a question! I found it interesting and yet I was stumped- two good looking hotties and one popular superstar to choose from-hmm..After a few moments, I penned down my answer-


Answer: I would feel lucky if I was given a chance to marry one of the three celebrities. But before revealing my choice, I will briefly talk about the plus points of each actor. 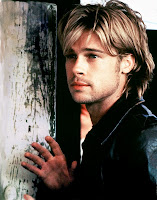 Brad Pitt: He is 'The Hollywood heartthrob',the quintessential handsome hunk who has many drooling over him. He is often described as one of the world's most attractive men. He also has a philanthropic side to him and is involved in social issues too. 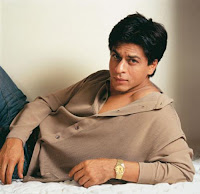 Shah Rukh Khan: Also known as 'King Khan' or the 'Baadshah of Bollywood', SRK has girls all over India going gaga over him. Charismatic and charming are two words that describe him best.He is also involved in philanthropic work but prefers to keep it a secret. 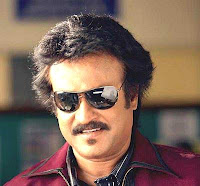 Rajinikanth: The superstar of Tamil cinema, this Marathi-born actor has won the hearts of millions of Tamilians and still reigns supreme. He proved that looks are nothing when compared to a pleasing personality. Known for his good nature, humility and helping tendency off screen, Rajini's style and performance on screen have made him one of the most popular actors in India.


Each actor is attractive in his own way, but I'm sorry to say that I wouldn't choose any of the three. This is simply because all of them are happily married and I don't want to ruin their married life. Moreover, I don't want to be chased or despised by their respective spouses- Angelina Jolie, Gauri Khan or Latha Rajinikanth!

And above all, I myself am happily married and blessed with a caring , supportive husband. So I don't need celebrities!

P.S: My answer impressed the prospective employer I guess, because I was given the job after a basic interview.

LOL :P
a bizarre question
What about guys :P ?? and what about results ?

The employer one day or other will be proud of you!!

@Super Pitt Khan: :D I wonder what answer guys would have written.. And I've mentioned the results- I made it into the company.

Congratulations :P
i was thinking all about those poor guys :) so missed it :P

ha ha ha, that was a cool answer. congratulations!!