The Worm in the Chicken: The KFC issue

A KFC (Kentucky Fried Chicken) outlet near Pulimood junction in Thiruvanathapuram, Kerala was temporarily shut down on Monday (8th October 2012) after a family reportedly found worms in their fried chicken pieces.

Shiju Abdul Basheer had gone to the restaurant to dine with his family. When his wife cut a piece of fiery chicken to feed their daughter, she found live worms wriggling in it. The restaurant staff apologized and offered to replace the dish. But when Basheer refused, they tried to take it away forcibly. The other customers came to his aid and alerted the police as well as the Food Safety Authority. 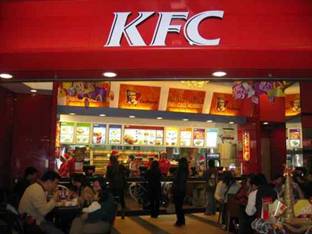 On inspection, the Food Safety Authority found that the outlet did not maintain adequate sanitation guidelines and some seized chicken pieces were allegedly as much as five months old. 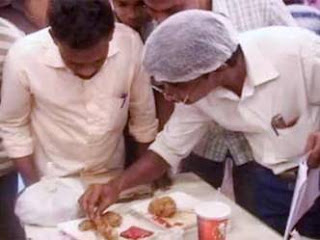 Speaking to the media, a food safety officer said, “We got a complaint saying that someone found worms in the fried chicken. After examination we found that the complaint was true, so we have shut down the outlet temporarily.”

KFC issued a press release in response to the incident. An excerpt says, “We are providing full cooperation to the ongoing probe. We are committed to serving quality products to all our customers.”

Cases such as these where fast food giants serve unhealthy and even sometimes contaminated food are not restricted to India alone. In the case of KFC itself, there have been a lot of complaints in other countries about the health risks of consuming the food they serve.

Thank you for commenting:) It is disheartening to know that we as Indian consumers embrace these fast food giants long after they have been literally shooed out of the west. Moreover many of them follow good hygiene standards in the west but when it comes to India, they are lackadaisical.

gosh !!! this is terrible ....there have been such instances before as well ...

@TTT : I had the shock of my life when i read the news. I had in fact had dinner at a KFC outlet in my city the night before...I have vowed never to visit KFC ever again...