I was introduced to the habit of reading during my primary school days.

I began by reading those small books full of colours and large letters. By the time I was 11, I had become a voracious reader with a huge appetite for books.(non academic only!) I had finished reading most of the books by Enid Blyton. ‘Famous Five’, ‘Secret Seven’ ‘Mallory Towers’ were my favourites.I loved ‘Nancy Drew’, ‘Hardy Boys’ and adored Agatha Christie’s books.

During the next few years, I entered the magical world created by J.K Rowling. Harry Potter and his adventures were a major source of my entertainment and I became a die hard fan. I was totally addicted to the ‘Harry Potter’ series for several years. Due to this I missed out on many other good books. 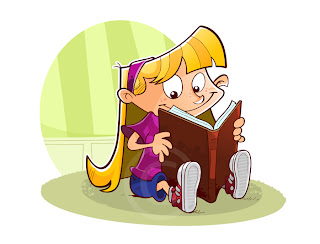 Next came the Chicken Soup books. This phase was followed by a sudden interest in books by Indian authors. I read books by R.K Narayan and R.K Laxman. Then came Chetan Bhagat. ‘Five Point Someone’ was a really fun read.

Later I moved to Robin Cook and his medical thrillers. I alternated them with Sidney Sheldon’s masterpieces. Dan Brown captured my interest with ‘Angels and Demons’ and ‘Digital Fortress’.

I discovered Jhumpa Lahiri. ‘The Namesake’ was excellent!

Next, self help books caught my fancy.

For the next few years, I didn’t read much except magazines and tabloids.

Once I enrolled in an MBA course, I began my foray into management books and journals.

Soon, I drifted into philosophy. Paulo Coelho’s ‘Alchemist’ changed my attitude towards life, as did Robin Sharma’s ‘The Monk who sold his Ferrari’. Then came Sigmund Freud who got me interested in Psychology.

As a next move I plan to read books by Jeffrey Archer and John Grisham.

Though I initially started with fiction, over the years I have read books on varied subjects. They have transported me to another world and enriched my life.

Writing requires lot of research. All the authors you mentioned did significant research before writing. Do research before start writing. Your way of writing is too good , keep going. Don't stop with Blog alone.