Can't We Just Be Friends?

Note: This story is about love between two college goers. This is a work of fiction and characters portrayed are also fictitious, any resemblance to a real person, living or dead, is purely coincidental.

A boy is in love with a girl, who is also his close friend. He is hesitant to express his feelings.The two are classmates and have hung out frequently with their gang. The girl has no idea about the boy's feelings for her. She considers him a good friend, a support system, but does not have feelings for him. 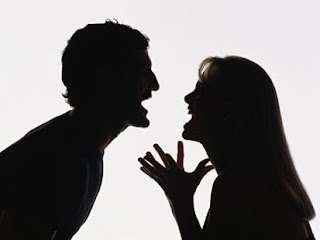 One fine day, the boy finally tells the girl of his love. This is a total shock for the girl. She finds it hard to believe that such an incident has happened. She wonders where she had gone wrong. Had she acted in a manner that made her friend thing she was in love with him? This serves as a turning point for the friendship in question.
She tells the boy: "I never expected this from you! You are a very good friend, but I don't love you."
The boy, madly in love, tells her to think and reply. He asks her to consider him.
The girl says: "Please understand. I have never thought of you that way. You are a very good friend. I like you as a friend, but I'm sorry to say I do not love you. Moreover, I don't want to get into any relationship right now." And she walks away.

For the next few weeks, she tries her best to avoid the boy. It is a difficult task for her, since he is a very close friend of hers and she likes being with him. But nonetheless she decides that she has to do it. She can no longer be friends with a person who is in love with her. It wouldn't be the right thing to do.

The boy can't stand this separation. He is deeply in love with the girl and still hopes that one day she will love him back. But at present he wants her friendship atleast. He approaches the girl and tells her:
"You are one of my closest and best friends. I really don't want to spoil our friendship. Just because I expressed my love for you, please don't destroy our friendship. I promise that hereafter I will not talk about this issue. I will not pester you to accept my love. Let bygones be bygones. Let us start our friendship once more.Can't we be friends again?"

After some persuasion from the boy, the girl reluctantly agrees.
As time passes, the girl and boy become even more closer than before.The boy still loves the girl. But he does not directly express his love .Instead, he indirectly shows his love for her through his actions and the small sacrifices he does for her. He soon becomes an indispensable part of her life.

Once in a while, he keeps expressing his love mildly. The girl keeps saying 'No' but doesn't refrain from continuing their friendship. She feels she cannot lose someone who is an integral part of her life. So she puts up with the boy's occasional expressions of love and asks him repeatedly "Can't we just be friends?" A whole year passes in this fashion.

Finally, one day it becomes too much for her to handle and she decides that no matter what, she cannot continue this friendship.After a big fight, the two separate. 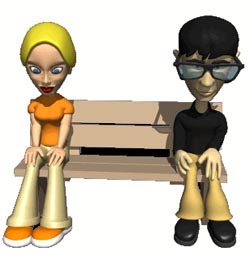 The girl goes out of station for a week. During that time, she misses the boy terribly. She thinks of all the time they had spent together. She realizes that during the past year, she had slowly fallen in love with the boy, without meaning to do so. Now, she can no longer live without him. She decides to meet him and tell him about her love.

When she gets back in town, her old friend no longer seems angry with her and talks to her casually. But the closeness seems to be missing and she finds that the boy has found a new friend, a junior girl in their college.

Somehow, she musters her guts and tells him of her love. The boy says that he is fed up with their on and off friendship/love and doesn't want it anymore. He does not want to have any close friendship and  prefers to be just a casual acquaintance or friend.
The girl is sad, but nevertheless tries to act normal. But she finds it very difficult to conceal her love. In addition, she feels jealous of the boy's new friend. When she tells her concerns to the boy, he just brushes them aside and says. "She is just a friend." When the girl pesters him, he says "Why do you want to complicate matters by being in love with me.Can't we just be friends?" He winks at her and smiles. The girl playfully punches him. They hug. The love story begins continues.....

i can figure out who the girl is..who the guy is..but who is the junior? :P

@gitu : Even Check the pics that she has put in her blog. Are you going to say that you don get any other pics in Google?
As to the junior, well, we'll leave that.... :D :D

I used to think that girls who respond to declarations of love with "But I never thought of you that way" are just insensitive, but over the years it makes some sense.

For many guys, it's not a good idea to ask a girl out directly. It's safer to be friends, and show them your good qualities, before taking any plunges. It still seems dishonest though.

@liberalcynic : I agree with you; most of the girls come up with the same line to reject a boy "I never thought of you that way".Some girls end up eventually accepting..but many don't..Well I guess girls love to be wooed! It's not fair for girls to play with boys' feelings-thereby giving boys no option except to be friends and eventually propose ..