This post is the second one in the series Fiction. 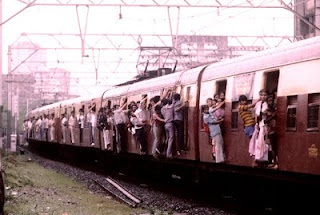 The train sped away towards its destination. It carried numerous passengers bound on their daily commute. The general compartment of the train was nearly full as people of different heights,shapes, and sizes filled the place.

Each person was preoccupied with something or the other. A middle aged man was leaning on the rails of the window, as he watched the sights and sounds of the city outside. A group of boys were ogling at an attractively dressed girl, who chose to ignore them. A young woman, wearing a burkha, seemed to be lost in thought. Another woman, dressed in a saree was chatting away on her mobile phone. A bespectacled young man, had earphones on as he observed everyone in the compartment. A frail old man sat in a corner with his head between his hands. All of them were strangers, yet huddled together in a single compartment as one, united in their journey. 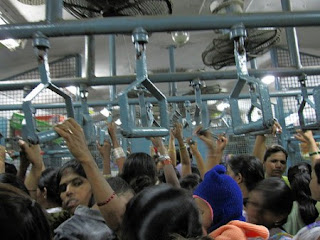 Th train passed through the concrete jungle, which was interspersed with greenery. At each station, a handful of people alighted, while a few disembarked. And the train was on its way again.

Note: Images sourced from Google
Posted by Deepz at 10:00 AM

Suggest You to Make Blog Index

Thank you :) Will try out the blog index soon!