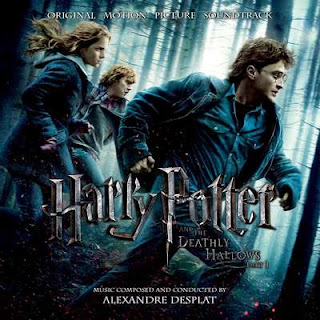 Based on the novel by J.K Rowling, the 'Harry Potter' series of movies has received universal acclaim. These movies are enjoyed by both fans and the rest alike! But for a person to fully understand the movies, it is crucial that he/she reads the books beforehand. Also, the previous  movies haven't done complete justice to the books.
Personally, as a Harry Potter fan I recommend that you read atleast one book to experience the magic ( if you haven't read any of the books)

The trio (Harry Ron and Hermione) have to find and destroy Horcruxes, which are the source of Voldemort's  immortality. But there are a lot of obstacles that they have to overcome while doing so.
First of all they do not have any idea how to do so except a few clues and their own instincts to guide them.
Secondly, they have to evade the Death Eaters (Voldemort's followers) and Snatchers ( members of an organisation of bounty hunters formed by Voldemort )  who are out to capture them.
Thirdly they have to figure out why Dumbledore has left them seemingly strange items in his Will.
Finally they need to discover what are the Deathly Hallows and their significance in the scheme of things
Simultaneously they have to cope up with their emotions, death of certain loved ones and the fact that things may never be the same again.

This movie is one of the best adaptations of the book. It has been brilliantly executed with mind blowing special effects. The actors have outdone their previous performances this time! Daniel Radcliffe has matured as an actor. Rupert Grint is as good as ever. Emma Watson is brimming with talent. Ralph Fiennes though appearing only few times in the movie, has portrayed himself as the best villain ever! The supporting cast has done a praise worthy job too.

The main drawback of the movie is that it is a bit of a drag..slow and tedious in some parts. It is more scary and dark than the other movies in the series. But sadly, it doesn't create enough anticipation among the viewers for  part 2 (to be released in July 2011) All it gives is frustration and expectation for more action.
But the last scene tries to make you eager to watch part 2 and succeeds partially.

You have watched all the previous movie in the series, right? It only makes sense that you finally watch the grand spectacle of how it all ends.That is your tribute to J.K Rowling's masterpiece.
The final battle awaits... Be prepared

Worth a watch, definitely!
Posted by Deepz at 4:24 AM

Deepu.. Good Job.. Your rating seems biased..Jus for joke..Let’s wait for next movie for more visual effects but nothing equals your mind visualizations while reading book.